Why App Development Costs in India are Different From US and Australia?

When it comes to app development, there are a lot of factors to consider. One of the most important factors is cost. The cost can vary significantly depending on where your app is developed. Generally, app development costs in India are much lower than in the US or Australia.

There are several reasons for this. First, the cost of living in India is lower, so wages are lower. Second, there is a lot of competition in the app development market in India, so companies can offer lower prices.

If you’re looking to have an app developed, you should consider having it done in India. You can expect to save a significant amount of money.

Why is the cost of iOS and Android app development in India so different?

There are several reasons for the difference in iOS and Android app development costs between India and other countries. Firstly, the cost of living in India is much lower than in developed countries, so developers can afford to charge less for their services. Secondly, the Indian market is highly competitive, with many companies offering app development services at very competitive rates. Finally, India has a large pool of highly skilled and experienced app developers, which contributes to lower costs.

What factors contribute to the cost discrepancies between these three markets?

Various factors contribute to the cost discrepancies between iOS and Android app development in India, the US, and Australia. Firstly, the cost of living in India is significantly lower than in the US or Australia, which means that labor costs are also lower. Additionally, the competition for app development talent in India is not as fierce as in the US or Australia, meaning that developers are more likely to be willing to work for lower rates. Finally, the Indian government offers several tax incentives and subsidies to businesses willing to set up shops in the country, which further reduces the cost of doing business.

How do these cost differences impact app developers and businesses?

The app development cost in India is significantly lower than in developed countries such as the US and Australia. This is due to several factors, including the lower cost of labor in India and the fact that many app development companies in India are willing to work for lower fees to gain a foothold in the market. As a result, businesses looking to develop an app can often save a considerable amount of money by outsourcing their development to India.

However, outsourcing app development to India also has a few potential downsides. First, it can be challenging to find a reputable and reliable mobile app development company in India, as many fly-by-night operations claim to deliver high-quality apps but fail to do so. Second, even if you find a reputable company, language and cultural barriers can make communication difficult and result in subpar work. Finally, you may also have to contend with time zone differences, making it challenging to get in touch with your developers when needed.

Are there any benefits to developing apps in India despite the lower costs?

There are a few reasons why app development costs in India are much lower than in the US or Australia. Firstly, the cost of living in India is significantly lower than in either of those countries. This means that developers in India can afford to work for less money. Additionally, the pool of talent in India is huge. This means that there are more developers to choose from, which drives down the development cost. Finally, the Indian government has invested heavily in the country’s IT infrastructure, making it easier and cheaper to develop apps in India.

Are there any drawbacks to outsourcing app development to India?

There are a few potential drawbacks to outsourcing app development to India. First, it is essential to be aware of the time difference. While India is only a few hours ahead of the US, this can still cause communication difficulties. Second, there can be language barriers. While most developers in India speak English, there may be some who do not. This can make it challenging to communicate your vision for the app. Finally, there is the issue of cost. While developers in India may be cheaper than those in the US, the quality of their work may not be as high.

What are the long-term Benefits?

Firstly, the app development cost in India is significantly lower than in developed countries such as the US and Australia. This is due to the lower labor and other production costs in India. As a result, companies can save a significant amount of money by outsourcing their app development needs to India.

In addition, app development companies in India have a vast pool of skilled and experienced developers to choose from. This means that companies can get their apps developed faster and more efficiently. Additionally, Indian app developers are well-versed in the latest technologies and trends, which helps them create innovative and cutting-edge apps.

Lastly, app development companies in India offer high customer service and support. This is extremely important for companies who want to ensure that their apps are developed according to their specifications and requirements. Indian app developers are always available to answer any queries or concerns that companies may have.

When it comes to developing an app, there are a lot of steps involved. This can be overwhelming for anyone who is new to the process. In this article, we will break down the main steps involved in app development. By the end of this article, you will have a better understanding of the process and what to expect.

Defining the scope of your app

There are a few main steps involved in developing an app:

There are a few key steps involved in developing an app:

The first step is to come up with a wireframe, or blueprint, for your app. This will help you determine what features and functionality you want to include, as well as how your app will flow. You can create a wireframe using a pen and paper, or you can use a wireframing tool like Balsamiq or Omnigraffle.

Once you have your wireframe, the next step is to start creating your app. This involves code, so if you’re not a developer, you’ll need to either learn how to code or hire a developer to do it for you. If you’re coding the app yourself, you’ll need to use a programming language like Swift or Objective-C. If you’re hiring a developer, they will likely use one of these languages as well.

Once your app is coded, you’ll need to test it to make sure it works as intended. This is called beta testing, and you can do it yourself or hire someone to do it for you. Beta testers will use your app and provide feedback about any bugs or issues they find.

After your app is free of bugs, you can submit it to the App Store for approval. Apple will review your app and make sure it meets their guidelines. Once it’s approved, it will be available for download.

Assuming you have your app’s basic functionality and layout down, the next step is to start designing it! This includes everything from choosing colors and fonts, to determining what kind of images and icons you’ll use.

The goal is to create a visually appealing and cohesive design that reflects your brand and accurately represents your app’s purpose. To do this, you’ll need to:

Assuming you already have your mobile app idea and you’re ready to start coding, there are a few key steps you’ll need to take to get your app developed and ready for release.

Testing and launching your app

After your app development project is completed, it will go through a testing phase in order to ensure that it is functioning properly. This is an important step in the process, as it can help to identify any bugs or issues that need to be fixed before the app is made available to the public.

Once testing is complete, your app will be ready to launch! This is an exciting moment, and it marks the culmination of all of your hard work. Be sure to promote your app heavily in order to increase its chances of success. 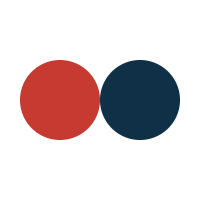